In March ComRes interviewed 4043 British adults, the poll shows that almost three-quarters of the public in the UK are positive to see the same number or more international students joining UK universities.

Three-quarters of the British public also believe students should be given permission to work a fixed period of time after graduation instead of returning to their country of residence. 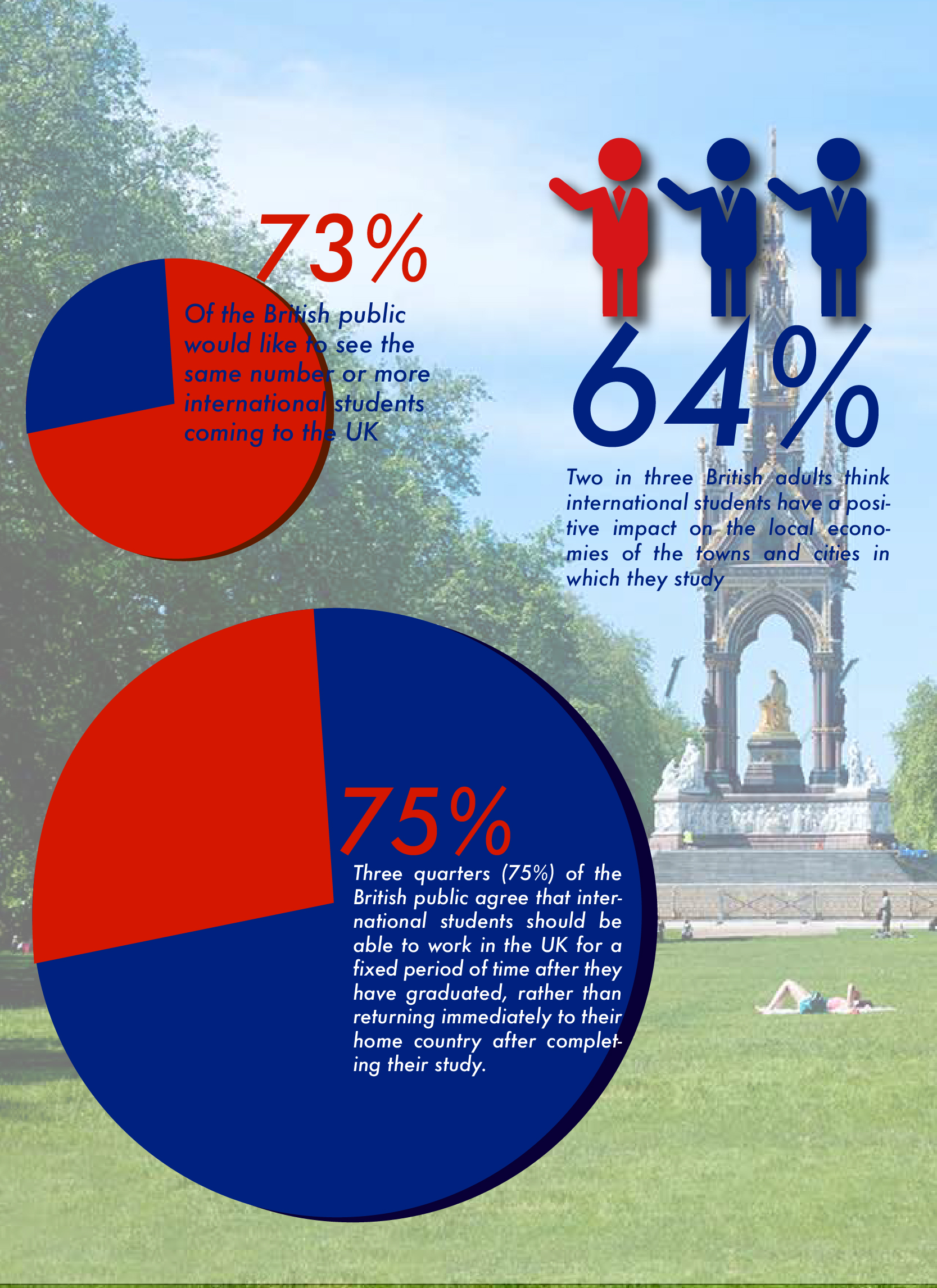 Another study produced for Universities UK by Oxford Economics showed the economic impact of international students, figures above £26 billion and 206,600 jobs in university towns and cities across the UK.

More than 4000 Britsh adults were consulted during ComRes poll showing that:

Dame Julia Goodfellow, President of Universities UK and Vice-Chancellor of the University of Kent, said in response to the poll: "It is clear that the British public does not see international students as long-term migrants, but as valuable, temporary visitors. They come to the UK, study for a period, then the vast majority return home.

If you are interested in studying in the UK, please contact us today. We will be happy to help, just drop us a line at info@ukuni.net

University applications rise 4% in the UK

Rising numbers of students have applied to start university courses in the UK this year, data shows.

How much do you know about Nottingham University Business School NUBS?

The University has confirmed that it will no longer accept students from private colleges. Click for more information.