In the latest rankings released by Times Higher Education, THE 150 world rankings 2016, young universities in UK are ranked immensely well.

The ranking for dynamic young universities is all about vibrancy. This ranking includes all universities, which are aged 50 or younger. These rankings are also testimony to achievements of the universities, which have made a big impact on the world. To assess the rankings, Time Higher Education made an in-house data collection last year. This made this year’s ranking more profound and deep. That’s why instead of THE100, they released THE 150, making an addition of 50 educational institution.

Why does THE 150 World Ranking matter?

THE’s 150 Under 50 Rankings 2016 aims to gloss the newcomers and are posing a challenge for numerous traditional universities. University’s ability to achieve development at a fast pace is endowed to recent developments in technology and science. Commenting in same line of thought, the head of 40-year-old institution said, “What is so striking is that if you look at rankings of big firms, many of top companies are new comers- Google, Apple, Facebook, Why is this not so much the case for universities? [Many rankings] still include the same players that were around 100 years ago.”

Brian MacCraith, president of Ireland’s Dublin City University and host of last year’s The Young Universities Summit, encapsulated the spirit when he noted: “Young universities are unhampered by tradition and outdated modes of operation. They tend to be agile, dynamic and keen to adopt modern organisational practices."

Jaume Casals, this year’s summit host and rector of Pompeu Fabra University records, “Being young and small has allowed us to be more proactive and flexible in today’s changeable environment.”

Below are the results of rankings released by THE 150: 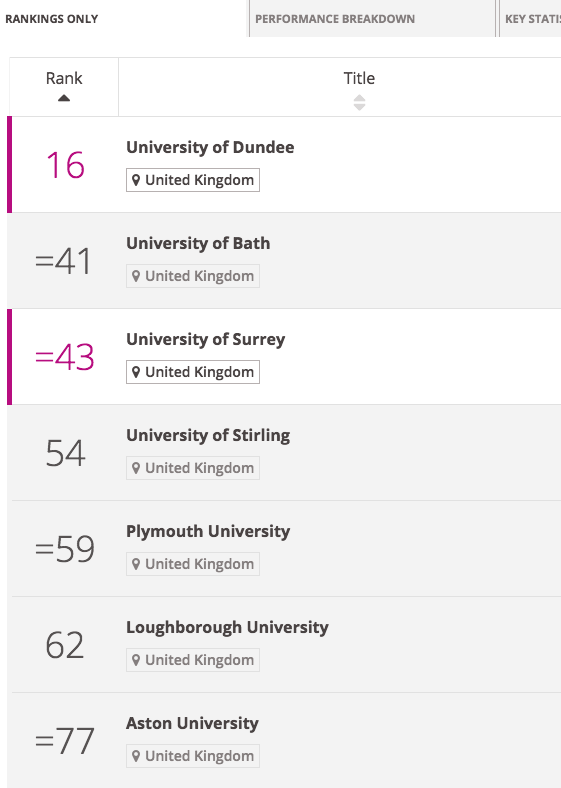 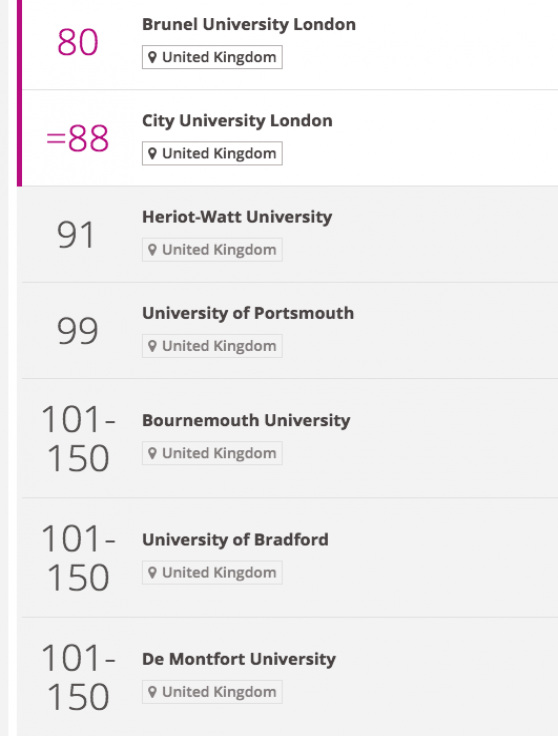 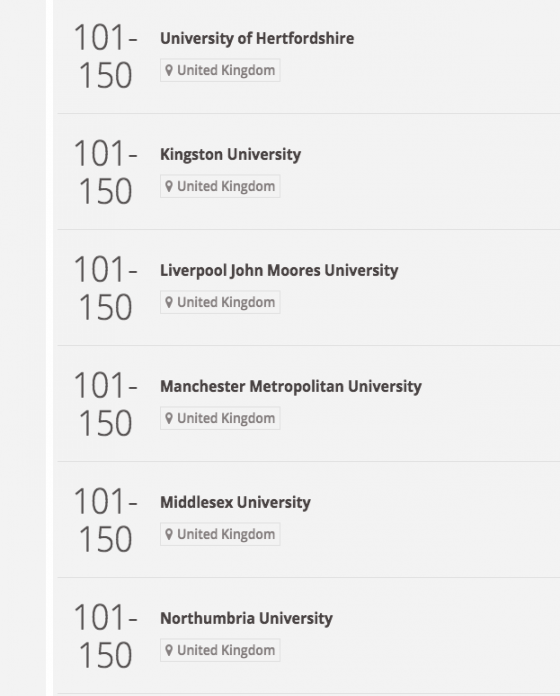 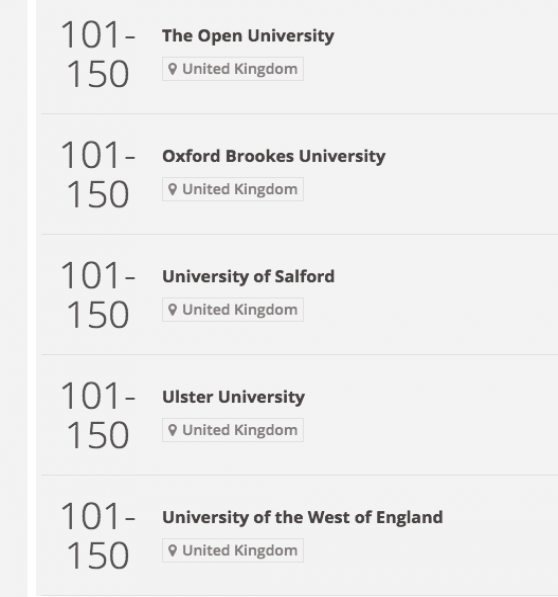 Contact our advisers to make an application to study in the UK.

Is Google starting to rank universities? Well, kind of... Here is a list of the most "googled" universities in the world.